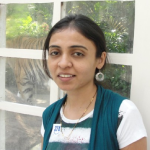 The benefits of a company picnic are significant and can reach far beyond the single day’s activities. Well, we never think too technically when it comes to enjoying with our Teammates!

Yes, after a long… most awaited day of Picnic was spent well with zest and zeal by TeamZestard at the Picnic held on 9th April 2016 for Thol Lake and Serenity Pastures. This was a real fun we are still mesmerized with! & Finally, a long-awaited photo album of our picnic is ready to enjoy… which certainly portrays a splendid glimpse of freakish enjoyment as kids do. Click Here to view Picnic Photos.

This time our picnic had many interactive activities and games as a perfect way to create a bonding experience between fellow workers and management, Afterall, there’s nothing like playing on the same team to be on the same team!

We started our picnic with colourful dress ups and cheerful hearts (like always 😉 ) early morning around 6.00 in a bus from office and reached a distant place of Thol lake near Ahmedabad. In the bus, we enjoyed some small games like ABCD, Card-Lotto, Number-chase which we often play in any parties and picnics at Zestard.

Thol- this place is a visual treat for any tourist and a treasurable experience for a bird watcher or ornithologists, this place is home to more than 100 species of birds. It was a reminiscent experience to be close to the birds in alliance & with nature. We enjoyed sunrise together and some warmth of the surrounding, did some trekking and photography of nature, and after that, we indulged ourselves in selfies, groupies and games. In fact, the most funny part was to watch poses of the photographer more than the those who are being captured in the pictures. 😉

We made noise at a place like Thol-Bird Sanctuary, and that proves how happy and loud we can be even in- out of office celebrations! Playing Standing-Kho-Kho, running after each other( 😉 ), shouting on everyone’s mistakes and laughing on the funny playing style of each other charged ourselves for all fun ride for the rest of the day.

After this, we set in the bus again and reached Serenity Pastures -resort Place; there we had all cool indoor, outdoor games available to play in teams, pairs. After having some trials on Table Tennis, Ice Hockey boards, Carrom Boards like indoors, we enjoyed breakfast of Delicious Pakoda & Sandwiches with Tea & Coffee. Ofcourse, during all these, we kept on taking photos, and that can be seen in the Zestard facebook Picnic photo album here.

Post Breakfast, we played some outdoors and were ready to go to the swimming and splash pool. After spending 3-4 hrs in the pool we kind of started feeling like aquatic vertebrates! We played lots of funny games and challenges in teams and individually while relaxing in the pool. Water-Ball-game was the simplest of all but was the most memorable time of the whole picnic.

Swimming fun drove us straight to the late-lunchtime. We relished the flavours of Kathiyavadi food in the lunch, further accompanied by the Buttermilk (Chhash) without fail ! Again after lunch, we rushed to the indoor section and played those games again with different partners and some new challenges may be ! and we went to MiniTheatre and watched Kapoor & Sons movie all together… it was a very relaxing experience to sit in and watch the movie with our office fellow mates as part of the picnic itself. After the movie and some more outdoor games, badminton, swings and kids play area were even explored & enjoyed by some girls from the TeamZestard. Also, we did some group photography, and our creative designer suggested Zestard’s “Z” as part of the photo-arrangement, & we tried that too with some pixel-perfect instructions!

We set back to the bus on our way to the office location again and played Antakshari – a must game to play in any picnic, ABCD again. Fun in the Bus was further concluded by prize distribution to the winners of the games, winners dances, some cool announcements by Anuj and some news and upcoming plans for TeamZestard which were happily greeted & applauded by the whole team.

As expected, the Picnic was a huge success; everyone proved that their workload could be embraced easily with Picnic or Team -outing. This was the most fun-time picnic many of us ever experienced so far. We are still busy sharing picnic photos and memories on our TeamZestard Whatsup group, and finally, all are compiled and made online on Zestard’s Facebook page. Just like last year’s Picnic, everybody had a great time suggesting constructive feedback and the only unanimous suggestion was “we should plan such picnics often and at least for 2 days! ”

This way, #TeamZestard’s Picnic Joy was relished & cherished with a final uproar of “Hip Hip Hurray!!”

If you are aiming to increase the online reach of your business, you need to adopt the best content marketing strategy. It has been always said that “Content Is King” and with this fact, people are becoming more serious towards the content creation and promotion part. What is Content Marketing? Content marketing is a kind…

It seems that we had to await since a very long time to get back with the child in us. Zestard Technologies Family Picnic held on 21st June 2015 for Vananchal Resort was a real fun we are still mesmerized with! & Finally, a long awaited photo album of our picnic is ready to enjoy… which…

Shopify is the second-largest eCommerce platform occupying a whopping 22% of the market share. As of October 2019, Shopify hosted over one million merchants worldwide, and these numbers have been increasing steadily. A few reasons for this high rate of adoption include the ease of setting up online stores, gentle learning curve without emphasis on…